If you ever want to live out a fantasy of breaking into spontaneous song and dance with a group of strangers, go to Boystown, Chicago. More specifically, go to Sidetrack, a self-proclaimed “behemoth gay club” specializing in show tune singalongs and vodka slushies.

This is where my sister and I and a group of our friends spent our Friday nights to watch Season 9 of RuPaul’s Drag Race.

Though this wasn’t my first experience with the Chicago drag scene, it was the first season of the show I watched and it opened my eyes to an entire culture I’d been missing out on.

The lessons I’ve taken from this season alone transcend the drag community and have drastically changed the way I look at people and experiences. The list is long and still growing but here are some that I consider the most important:

“If a drag queen buys you shots, you take the damn shots.”

Those were Vixen’s exact words to me, though she was wrong to think I’d turn down free tequila shots.

Vixen, a legendary Chicago queen, took a shining to our group after she asked the crowd, “Who here likes to drink?” and we responded with unmatched enthusiasm. While this lesson may not be the most profound or transcendent, it’s important because without it, I would have been too intimidated to carry on a conversation with Vixen.

“I’m still new to this and you’re so pretty and I don’t want to say something stupid that will make you hate me.” Sometimes tequila makes me talk like a self-conscious middle schooler.

Don’t forsake the journey for the end goal.
The documentary Paris is Burning tells the story of early drag culture in New York City, focusing especially on drag “balls”. The opulence and pageantry of balls was a way for marginalized groups to have what they’d been taught they were not entitled to: luxury, wealth, and fame.

As ball culture gained traction, it gave way to the creation of “houses” that became homes to those who had been shunned by their families and communities. Eventually, ball culture became less about the search for fame and wealth, and moreso the opportunity to celebrate the beginnings of a tolerant, inclusive community.

“Everybody wants to make an impression, some mark upon the world,” drag queen Dorian Corey says in the documentary. “You don’t have to bend the whole world. I think it’s better to just enjoy it. If you shoot an arrow and it goes real high, hooray for you.”

Be your own best friend, not your worst enemy.

Throughout the show, the contestants talk about the adversity they had to overcome to get where they are, particularly homophobia, transphobia, and discrimination. More often than not, the biggest struggles any individual will face come from within. We feel the need to deny the parts of ourselves that threaten to leave us misunderstood and alone, but it’s often those parts that are the most genuine.

While watching a queen flawlessly perform in heels that would hospitalize the average woman, it’s hard not to consider her the epitome of confidence. Confidence doesn’t come easily and once it’s earned, it can be difficult to silence that inner voice trying to tear it down. The key is remembering that failure isn’t fatal, mistakes don’t undo progress, and self-doubt doesn’t mean you’ve made a wrong choice.

Don’t wait to love yourself.

Everyone has something they want to change about themselves and too often, we postpone happiness as a way to motivate this change. There will never be a time when everything is perfectly aligned, putting life on hold until we have a certain amount of money or look a certain way only sabotages our chances for self-betterment.

Striving to be a better person doesn’t mean you can’t love who you are now. Because as Mama Ru says, “If you can’t love yourself, how in the hell you gonna love somebody else?” 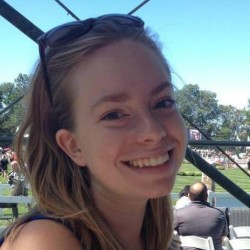