Entering a long term relationship was the beginning of many great adventures, including traveling. Growing up, I traveled to Mexico to visit extended family, but it was a completely different experience leaving North America altogether. Our first international trip was memorable, but it stands out more because of the way we were treated. We traveled to the Dominican Republic in the summer of 2014. At our arrival to the resort, we immediately felt like outsiders.
The Dominican Republic is a Spanish speaking country, but at the resort the employees accommodated guests by speaking English. While checking into our room, we were given a bracelet as an indicator of where we were from. Our bracelet was white for the United States. Most of the people at the resort were from Europe.
Right off the bat, there was an issue with our room and when we asked for help, from the front desk, we were ignored. Being Mexican-American, I understand and speak Spanish well, but I gave them the benefit of the doubt that they were busy. Daniel and his mother don’t know Spanish so it was up to me to communicate for us. After waiting for a while, it was clear the employees didn’t want to deal with us. I began speaking Spanish and that’s when we got help.
I thought it was a one-time occurrence, but it wasn’t. Throughout our week long stay I learned something that I had heard, but never believed – Americans aren’t liked by other countries. The language I prefer to communicate in is English. It has been like this since childhood. Spanish is my second language, which I sometimes struggle to speak in. My mind thinks faster than my mouth can form sentences and I occasionally slur my words. In the Dominican Republic I had no other choice but to speak Spanish to the employees in order to be paid attention to.
I had to do this for my boyfriend and his mother as well. It was my childhood reversed. Growing up with non-English speaking parents, I have experienced constantly translating. During our trip, it was the opposite – English to Spanish and back.
Eventually the employees knew that out of the three of us, I was the only one who could speak Spanish. They would gravitate towards me by greeting me at meals and going out of their way to serve me drinks, when it was buffet style. They weren’t doing it for tips because it was an all-inclusive resort – everything had been paid for already. The employees wouldn’t even look at Daniel and his mother, who were considered pure, English speaking, Americans.
Reflecting back, I’m not certain if employees were discriminating or if they were just uncomfortable speaking English. Daniel and his mother were treated differently because people around the world have a generalized idea of what Americans are like. I am American, but I’m also in tune with my Hispanic culture.
Living in the U.S., we believe we’re the greatest country in the world. We see ourselves as the super power that goes into other countries to defend the poor and the weak from power hungry dictators. People, from around the world, dream about coming to the U.S. to have a great life because we advertise ourselves as the land of opportunity. But when I traveled to the Dominican Republic, it was surprising to learn that we aren’t welcomed by everyone. We aren’t admired for living in a first world country with free speech, beautiful cities and being home to a large array of diverse people. Americans are seen as arrogant, selfish people who overindulge on everything. Although this can true, it’s not fair to generalize all Americans.
Despite Daniel and his mother not knowing Spanish, they are still great people. Daniel is actively making the effort to learn Spanish words and to understand Mexican culture. He doesn’t think he’s above it, but in the Dominican Republic he wasn’t given the chance to attempt communication.
Traveling to this beautiful country wasn’t all bad. It was an amazing experience swimming in clear blue water, laying under palm trees and drinking endless pina coladas. In the Dominican Republic I reconnected with my Hispanic origins and learned that even Americans, as a whole, are generalized. 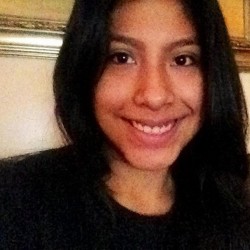