New York film lovers are in for a treat this weekend. The first ever New York Baltic Film Festival debuts on Thursday, October 18 at Scandinavia House. 18 films will be screened over a four-day period and the festival will feature 7 U.S. premieres and 9 NYC premieres.

New York audiences will have an opportunity to watch the notable classic films that have rarely been seen outside of Europe, the latest features, documentaries and animation films from some of the best established and upcoming filmmakers from Lithuania, Latvia and Estonia.

The idea for the New York Baltic Film Festival was born two years ago to Honorary Consul for Latvia in New York Daris Delins, who then invited Lithuanians and Estonians to join this initiative. “I started to think of interesting ways to promote Latvia to New Yorkers during our centenary year. Maybe we can show some films, since film is an international language. But then I thought – why just Latvian films, why not films from all three Baltic countries in one festival because we are all celebrating our centenaries in 2018!” he said.

This festival is the first try of the three Baltic States to carve out a space in an already oversaturated New York film market. “We had to find the best date for the festival so that it wouldn’t conflict with other New York film festivals or events,” said Cultural Attaché of Lithuania in the U.S. Grazina Michneviciute.

After a tedious planning process and many conversations, the festival finally materialized. Donald Dewey, the programming director of the festival, said it wasn’t easy putting together the schedule.

“It shouldn’t be much of a task to choose your 18 favorite films; to choose your 18 favorite anythings. But when the candidates come from three countries, represent four genres, and span half a century of radically different internal film making conditions, the inevitable conclusion is that a lot of other people’s 18 favorite films are going to be left out. That’s the habitual curse in selecting, as is the converse that if you’re pleasing all the people all the time, you’re doing something very, very wrong. So let’s start off saying that the New York Baltic Film Festival is doing something very, very right,” he said.

During the opening night of the festival, the classic films from the three countries will be screened: The Devil‘s Bride (1974) by Arunas Zebriunas

– the first Lithuanian musical, Latvian documentary The White Bells (1961) by Ivars Kraulītis and the witty 511 Best Photographs from Mars (1968) by Estonian Andres Soot.

The Director of Lithuanian Film Centre Rolandas Kvietkauskas flew in to New York City for the opening of the festival. “We worked really hard together with our partners so I hope that the audiences will be curious to see the films that were made at the time when the Baltic States were not yet even apart of the global cultural exchange. It should be an enriching experience for New Yorkers,” he said.

The second day of the festival is dedicated to feature and short films about being young. The Dissidents (Estonia, 2017)

– an action comedy by Jaak Kilmi tells a story about a trio of Estonian friends who flee to Sweden to escape the Soviet occupation. At first, they are greeted as heroes and are offered free meals and drinks, but the fame fades quickly and they have to find jobs.

The third day features the best documentary films. One of the most awaited screenings is Wonderful Losers: A Different World (2017),

Lithuania’s official entry to the 91st Academy Awards for Best Foreign Language Film. The documentary focuses on the less public side of Giro d’Italia, one of the most prestigious cycling races in the world. It’s a story about the riders at the back of the race, the so-called “water carriers” or “gregarios,” who sacrifice their careers to ensure victory for their team’s leader.

Arunas Matelis became the first film director in 40 years to have been allowed to shoot the race from the inside. He spent eight years making the film, which is one of the biggest European co-productions, involving as many as eight countries: Lithuania, Italy, Switzerland, Ireland, United Kingdom, Latvia, Spain and Belgium. Wonderful Losers has been shown in numerous film festivals in Europe and Asia and recognized with multiple prestigious awards. The screening will be followed by a Q&A with Matelis and film critic Lukas Brasiskis.

Another noteworthy documentary is When We talk about the KGB (Lithuania, 2015) by Maximilien Dejoie and Virginija Vareikyte.

It tells seven life stories, pointing to the lingering guilt over Soviet crimes and the euphoria over the victory of freedom. Vareikyte will also do a Q&A after the screening.

“I think When We Talk About KGB should be particularly interesting to the audience because the historic time during Soviet occupation is still widely misunderstood in the West,” Grazina Michneviciute said.

On the last day of the festival, Sunday, October 21, there will be screenings of a short feature, a couple of animations and two films. A U.S. premiere of a science documentary Baltic Tribes (Latvia, 2018) by Lauris Ābele and Raitis Ābele reconstructs the origins of the Latvian nation. The closing film of the festival will be Together For Ever (Lithuania, 2016) by Lina Luzyte –

a drama centered around a woman’s growing distance from her 11-year-old daughter who finds it easier to lie than to tell the truth and a stuntman husband whose risks begin to look suspiciously suicidal.

Sondra Litvaityte, a member of the New York Baltic Film Festival team and the head of office of the Consulate General of the Republic of Lithuania, called the film festival “a very significant event.” She said that they are only taking the first steps in introducing the Baltic cinema to the selective New York audiences, that are so used to an abundance of events, but that they are happy because the festival has already received a lot of attention. “We will continue to work hard together and push forward so that the festival is not only a successful one-time occurrence, but an annual and much anticipated event,” she said.

New York Baltic Film Festival is organized by Honorary Consul for Latvia in New York, Consulate General of the Republic of Lithuania and Estonia in collaboration with the national film centres of the Baltic countries, Lithuanian Culture Institute, Cultural Attaché of Lithuania in the U.S., and other partners of the festival. The screenings will take place at Scandinavia House on Park Avenue – one of the main partners of the festival.

You can find the entire program of the festival and buy tickets: here. 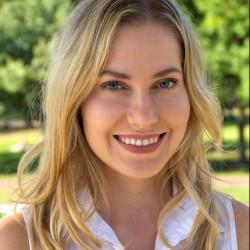