A few days ago, the University of North Texas, announced that Donald Trump Jr. would be speaking at the AT&T Stadium in Arlington. The very same stadium that the Dallas Cowboys play in, holding roughly 105,000 people with standing room. The university is trying to be inclusive to all viewpoints and perspectives, politically. I just wished this was one the university reconsidered. This decision feels more like a slap in the face, more than anything else.

On November 9th, 2016, UNT was not the happy, all-inclusive place it is usually painted to be. The air had been sucked out of the campus. There were no smiling faces on campus, and there wasn’t the usual calming peace. The type of peace that isn’t real, it merely exists because there’s no reason for it not to. There’s no active conversation taking place. There’s no change being made.

After this past election, that peace was disturbed, and it still feels absent.

In the middle of campus, between the library and the student union, right in front a fountain that serves as a meeting place for public displays, was a large collection of students. These people were emotional. Some looked as if they weren’t able to sleep the night before. More looked like they had been crying. A few were still crying.

Emotions were high, and it’s because they were afraid of their future. Students took to the middle of the crowd to speak about how we had to progress, or how much it meant that people were there to show support. Social media had helped the crowd grow, and people passed through in between their classes, to observe. Over time, those with signs filled in, and more with cameras, ready to catch the emotion of the day were all circling around each other.
The day did not end there.

Towards the end of the public discussion came a collection of students in “Make America Great Again,” hats. They stood adjacent to the much larger group to have their own conversations. Comments like “This is a joke,” could be heard. Campus police were on scene as well, but they wouldn’t be needed.

Ramifications would still be felt for days to come. Protests for campuses in Denton, TX to become sanctuary campuses would take place soon after, having students from the University of North Texas and Texas Women’s University organize together. These students staged walk-outs, and met together to hold their own rally. Students on the UNT campus would also have a public display for the Black Lives Matter movement, in which facts and statements about the movement would be posted. This display would be desecrated overnight, without a conversation to follow up.

`The campus felt tense. Both sides felt misunderstood, and targeted without much security from the university. However, one could rationalize all of this, after all. Was it fair for us for expect the university to take action so swiftly? In terms of the new president, we didn’t know what actions he would actually take in office. All we could do, was wait. In that time, our suspicions were not only proven, but it felt as if we still weren’t being heard.

It would be repetitive at this point to discuss the damage being done during this presidency. From the spike in hate crimes since the election, to the numerous statements and actions taken by the president himself.

Any student would want to believe that their university would distance itself from attention.There’s never been a right time to have a speaker of this administration, due to the sheer amount of controversy that follows along. For UNT to now be a minority-majority campus, having such controversial figures speaking with the school’s approval would seem to be a conflict of interest. To be clear, it’s not republicans that would cause such an uproar; however there are republican students on campus, that even have campus organizations.

Now, it feels like the university is doing the same. Like any university, UNT would want to promote different perspectives and viewpoints for their students. However, we’ve seen what this administrations is willing to offer, time and time again. The backlash on social media has been consistent and unwavering, from students, alumni, and even those unrelated to the school.

Will this event actually take place? Probably. Issues with a venue seem to be apparent, and the university will probably be rushing to do damage control soon enough. But the damage has been done, and a very tender wound has been reopened, right before classes begin on the 28th. 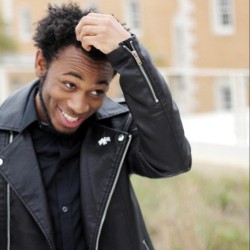