Friday night, my best friend and I buzzed with the excitement of a night out on the town. The week had been rough and we were ready to let loose. Questions filled the air, “Which shoes,” or “Does this skirt make my butt look weird?” The radio played in the background and as we both danced around, a true girl’s night. As I made my last and final wardrobe change, my friend ran to the restroom. I grabbed my favorite sleeveless LBD and threw it on. I started to zone out until, interrupting my thoughts, a voice, “Um… You can’t wear that.” Startled, I turned around. There was no fun or excitement in my friend’s voice anymore. Her face was so concerned it was like I was trying to wear a bathing suit in Antarctica. “What? Why? Is it cold? I can grab my leather jacket,” I say with a smile. She shakes her head so forcefully her hair falls in her face, “No, no, no, it’s just not safe..” I laugh it off and turn back around to finish my makeup, when she chimes in again,. “Ash… I’m serious, that dress is just asking for you to get raped.”

My head is swimming.

Apparently not. When I looked at her seemingly serious face, normally lit up with a smile, I knew she believed that if I wore this dress out into the world, I deserved to be raped by whatever man thought it his duty to give “what was coming to me”.

This wasn’t a friendship ending interaction, but it was an eye opening one. Everyone has seen the anti rape culture ads with in your face photos or stories captioned, “Don’t rape not don’t get raped” in big bold letters. Tons of women and men have posted, shared, and supported these ads, even imposing judgment on those who don’t scream their support from the rooftops. But yet, there I stood, with a friend my same age and someone I thought had the same mentality, who thought I deserved whatever BS came my way because I was “asking for it”.

So here’s another thought for you, why are we just focusing on the men? I’m all for yelling at men catcalling me as I walk down the street or the guy taking advantage of that girl in the alleyway, and making sure my future son (bless his heart) understands what the word “no” means; but all of that is for nothing if all of us women aren’t in this together. Think of it this way: no offense men, but it’s like raising a small child. If one parent says, “Oh yeah it’s totally fine to eat ice cream whenever you want,” and the other says, “Ice cream is a treat, only once and a while,” that child is going to be confused. Not only that, but most likely, because that small child likes ice cream, they’re going to listen to the first idea of having it whenever they want; same idea for rape culture. If half of us women are fighting back, at protests and yelling at those guys eyeing every girl walking down the street, while the other half are laughing at their rape jokes and saying it isn’t their fault when someone files charges against them, we’re not going to get anywhere.

We need to stand up, together! If we see a woman being harassed be her backup. If we hear men catcalling, shut them down! And, if a woman comes to us and tells us she was raped, the first (and the last) question out of our mouths should be, “What do you need?” Not, “Was it good,” or “He’s cute, don’t complain!” I swear if I hear one more person say, “Well what were you wearing,” I’ll loose my mind. Not only will this stop men from raping, it will also help women feel supported. Seventy percent of rape and sexual assaults go unreported because women feel like no one will believe them. This is completely unacceptable.

I should not have to question if one of my closest friends will be there for me if I’m raped, and neither should your friends. Take a stand and start thinking in the mentality of what you would want and what you would expect if you had been raped or if someone had come to you and said your clothing made you look like you deserve to be raped.

Together we can absolutely end this disgusting period of rape culture, but only if we’re just that, together. 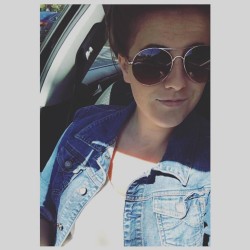